If you have never heard of a Stroopwafel but would like to know what the hype's all about you have come to the right place.

A Stroopwafel is a delicious Dutch cookie that looks like a small waffle. Each is filled with a spiced buttery caramel syrup. The Dutch word for this is stroop. Hence, the name of this cookie means syrup waffle. If you really want to understand more about what is a stroopwafel, keep reading.

The best and freshest stroopwafels are slightly crispy on the outside and soft on the inside. Stroop should be made with sugar beet molasses, if it is true to its traditional roots.

Warm it up on your cup ! 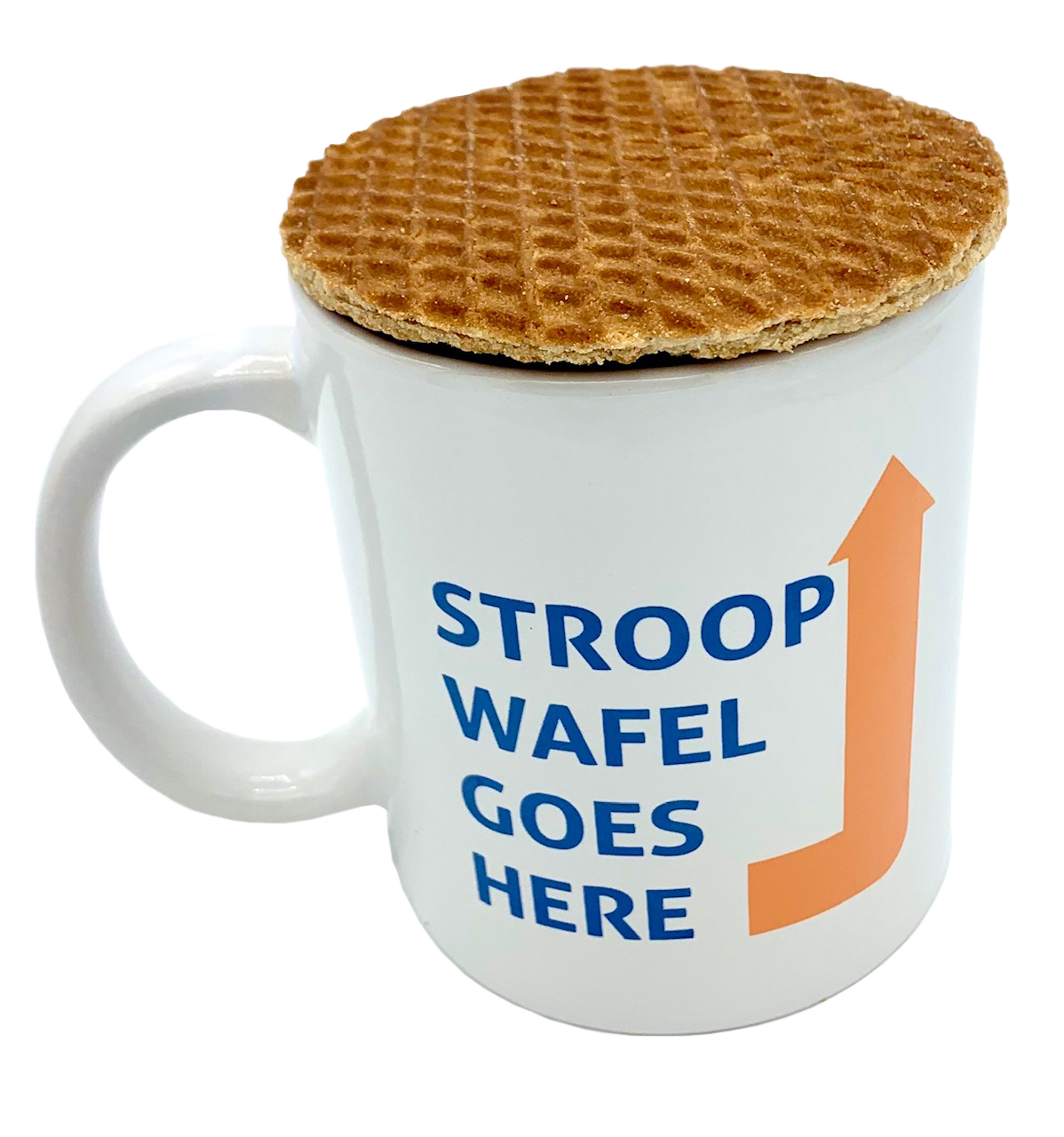 How to eat Stroopwafels?

Stroopwafels are best enjoyed when they’re warm. This makes the syrup come alive on your palate, releasing all of its flavor.

The traditional way to eat the stroopwafel is to place it on top of a cup of hot coffee, tea or chocolate. This heats the waffle and slightly softens the syrup making the waffle soft on one side and slightly crispy on the other. Delicious!

If you prefer your stroopwafel with cold milk, the answer is simple. Put it in the microwave for 8 seconds.

Some people will dunk their stroopwafel in whatever they are drinking. Others are purists and will eat the treat without dunking.

Discover your favorite way to eat your stroopwafel and shop here!

How to Make a Stroopwafel

Like donuts, stroopwafels are seldom made at home. Ideally they are bought from a bakery where an expert baker uses special equipment to create the treat. Here’s how 3Bros makes theirs:

A ball of special dough is placed on the stroopwafel press and baked for about a minute at high temperature. The next step is to cut the edges off so the wafer becomes a perfect circle. Then the thin wafer is sliced open (don't try this at home), a good amount of stroop is added, closed back up and a new Dutch waffle is born!

History Behind the Stroopwafel

The stroopwafel originates from the city of Gouda in the Netherlands. It was first made during the late 18th century or early 19th century by a baker using leftovers from the bakery, such as breadcrumbs, which were sweetened with syrup.

One story ascribes the invention of the stroopwafel to the baker Gerard Kamphuisen, which would date the first stroopwafels somewhere between 1810, the year when he opened his bakery, and 1840, the year of the oldest known recipe for syrup waffles.

Like donuts in the U.S., stroopwafels became a huge hit. If you lived in Gouda in the 19th century, you’d have your choice of 100 syrup waffle bakers. After 1870, the treat began to spread across the Netherlands at bakeries, parties, markets, and cafes.

In the 20th century, stroopwafels spread even further as factories began making the treat. In 1960, there were 17 factories in Gouda alone, of which four are currently still open.

Unfortunately, many Americans haven’t had a fresh stroopwafel. Frankly, if you have only experienced the stroopwafel as a packaged cookie made overseas, you really haven’t had the real thing. So try some 3Bros Stroopwafels made right here in America!

3Bros makes the Dutch treat by hand in a family bakery here in the U.S. and ships the treat to you quickly. FRESH really does make a difference. 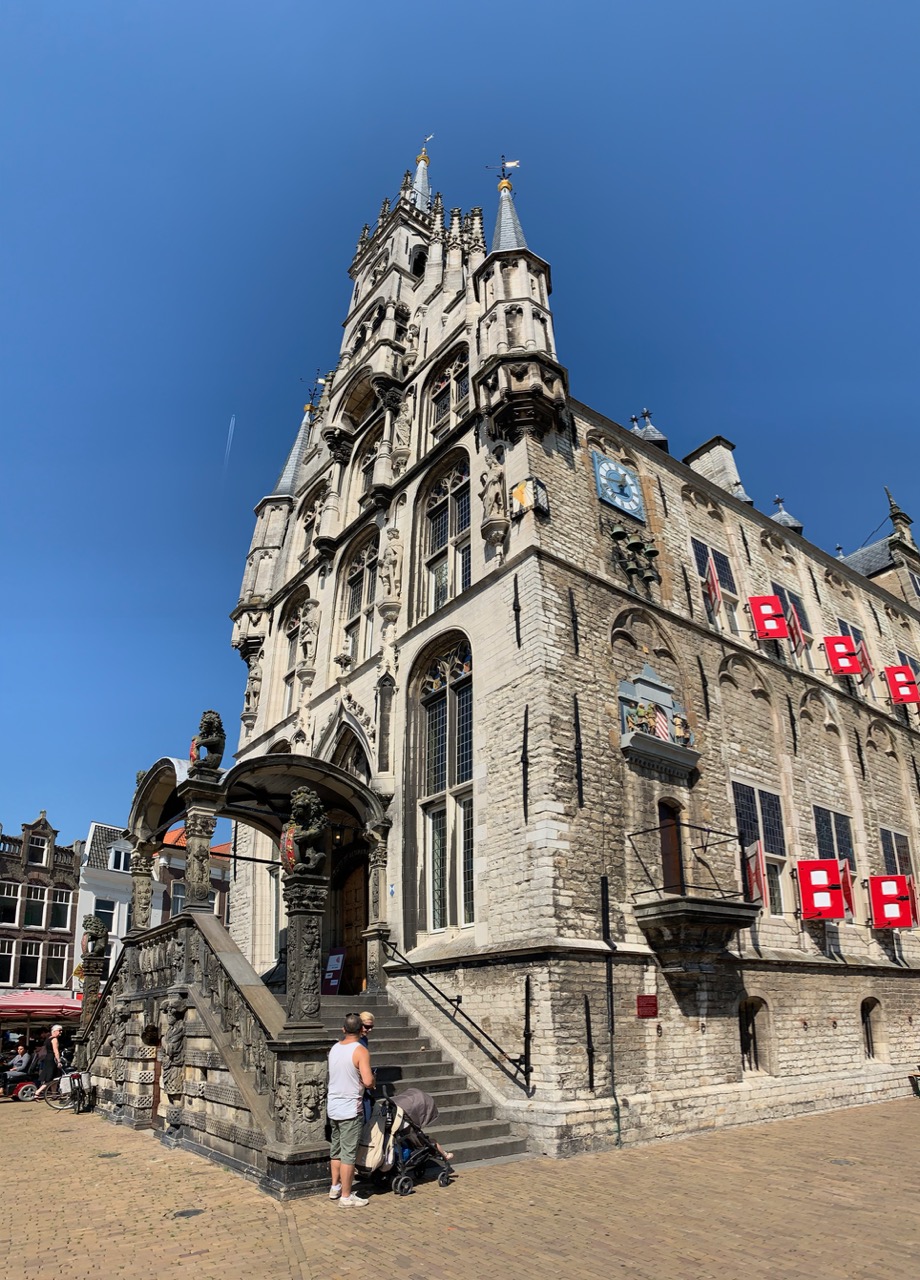 We get asked a lot about how you should pronounce the word Stroopwafel. You will find the shortest answer to that question by listening to the soundbite. If you’re interested, read on below for more information about Dutch pronunciation in general.


For the linguists, here is the pronunciation key in IPA: [ˈstroːpʋaːfəl Give it a try 🙂

If you’re like most of us, watch this video for a quick, in-depth tutorial about the sounds in the Dutch language and how to pronounce them. Afterward, be sure to come back here and get some of our delicious US-made stroopwafels.