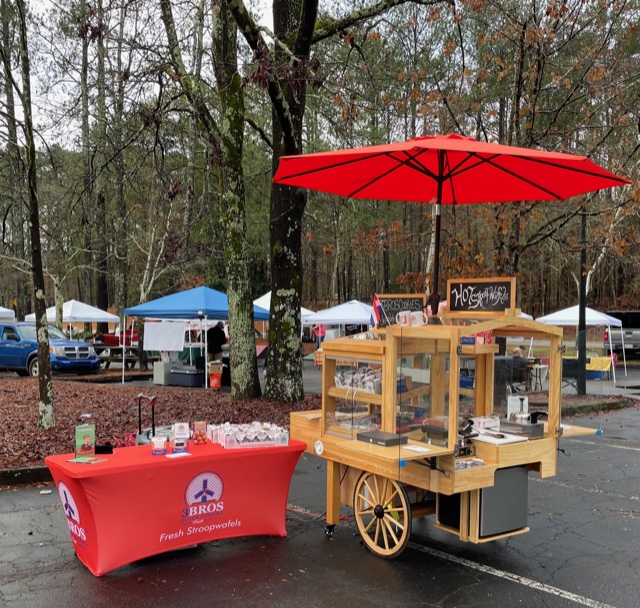 Many people ask us if the Netherlands celebrates Mardi Gras.  The answer is yes, but it is called Carnaval.   If you are a tourist, you’d head to the southern part of the country where celebrations are most likely. And of course, typical festival cookies would be stroopwafels!

The Dutch Carnaval is pegged to Vastenavond, which means the eve of fasting.  It was a tradition for many people to fast during Lent, the Christian time period between Ash Wednesday and Easter. In the US, Mardi Gras is pegged to the same date for the same reasons. It is called Shrove Tuesday or Fat Tuesday in English, but clearly, Mardi Gras sounds like fun!

There are feasts, parades, parties, fancy balls, and plenty of masked characters. The actual festivities have roots going back to Pagan days when people gathered together to drive out winter.

Like Mardi Gras, Dutch Carnaval floats are made by well-established Carnaval associations as well as neighborhoods, groups of friends and families, and neighboring towns.  There are frequent events leading up to the bigger events. On the main Carnival days, there may be multiple parades.

Often the town or organizing group will pick a Prince Carnaval.  He will ride in a ship-like float in parades. He may be given the job of Mayor during the festivities with a big parade of carnival clubs who escort him to the town hall for the pretend transfer of power.

Large parades are often called the Motley Storm, D’n Boonte Störrem.  Festivities may go from morning till late at night, and you can bet hot coffee and festival cookies are consumed in great quantities! Stroopwafels are perfect because you heat them atop your coffee mug and then enjoy the perfect blend of crunchy and gooey goodness.

Why Do We Wear Masks for Mardi Gras and Carnaval?

Traditional masks and costumes are colorful and outlandish.  There’s an emphasis on breaking taboos, changing identity, altering societal roles, and perhaps protesting or criticizing society.  Of course, there are also colorful jesters and interesting animal costumes, just like in New Orleans.

Like many Mardi Gras celebrations, the celebrations are an excuse for Dutch participants to take on alternate personas. Traditionally, this costuming eliminated class differences and allowed everyone to be equal.  It was a way of lampooning those in power and getting away with it.

I’ve been told that face paint has become the new normal. Masks get in the way of eating all that fun food and festival cookies, like stroopwafels.

How is the Dutch Carnaval Different Than Mardi Gras?

Unlike Louisiana, the Netherlands is cold during Mardi Gras. More events must take place indoors. The parades don’t focus on throwing beads and treats to visitors.

Following a Burgundian tradition, certain Dutch cities change their name to something critical or funny.  The town of Den Bosch becomes the sillier Ooltedonk. Often translated to Frog Hill or Frog Marsh, this name actually goes back to 1833 when they were ridiculing an unpopular bishop.

What are the Colors of Mardi Gras and Carnaval?

Purple, green, and gold are definitely American choices. In the Rhenish region, you might see green, red and yellow.  In other areas, you might find red, white, and yellow color themes. These really do vary with the town and its history.

There’s one area of North Brabant where it was common to wear blue smocks with red bandanas. Everyone was very poor, and the smocks made them feel that everyone was equal.  They still use the colors red and blue when marking Carnival.

How Long Do We Celebrate Mardi Gras and Carnaval?

The Dutch celebration is traditionally three nights, starting on Sunday and ending on Tuesday night, Vastenavond.  However, festivities may start as early as the Thursday before (Ouwe Wijven).  Some businesses may even shut down as their employees are off celebrating.

Mobile, Alabama, held its first Mardi Gras in 1699 as the French Louisiana territory was being established. The city likes to remind New Orleans that it has the oldest Mardi Gras traditions. Some of its gatherings include New Year’s Eve balls and Twelfth Night of Christmas celebrations.

Home to the largest celebrations of Mardi Gras, New Orleans starts its festivities early, too. Then there are generally 12 days of official parades including the actual night of Mardi Gras.  When the threat of Covid put a stop to parades in 2021, city residents responded by decorating their lawns like parade floats.

If you are celebrating Mardi Gras, bring along some stroopwafel to add a little Dutch tradition to your Carnaval celebration.  We’ve got the fresh festival cookies you need.