With his background as a C-level Executive, our co-founder Guido was especially honored to be interviewed by Atlanta Business Radio. Host Lee Kantor walks you through the way that Guido, his wife, and co-founder Leslie and their three sons came to create 3Bros bakery, which opened in March 2020.

Born in the Netherlands, Guido Vliegen connected with Atlanta when he came here for work. He also married Leslie, a Georgia native. Naturally, this strengthened his bonds to the area.

It’s been a journey for this former CEO to run a family business.  As you learn in this interview, it’s very different to handle everything from bookkeeping to baking to taking out the trash! You can hear the interview by clicking on this link.

Guido Vliegen: A Background in Business

As an industrial engineer, Guido Vliegen started his career at Hunter Douglas in Europe. His projects focused on productivity improvement.  He moved into marketing and sales management, eventually leaving Hunter for Verosol and then TenCate.  It was TenCate Protective Fabrics that sent him to Atlanta to help guide a new American business unit in 2005. In 2015 he married Leslie, a local speech-language pathologist, and business owner.

Where did the idea for 3Bros begin?

The longer Guido lived in the U.S, the more he realized that stroopwafels here were always stale. When the family meeting began to focus on how to teach their 3 sons to value everyone’s unique role in life, they decided to create a business.

Did he already have a family recipe? Lee Kantor was curious to know.

They had to go looking for a good stroopwafel recipe, explained Guido. They also talked to experts in Holland.

With practice, the family got better and better at it. In 2017, they started taking their stroopwafel presses to markets and introducing the public to their cookies.

They considered opening a coffee shop, but it seemed too limited.  That’s when they hit upon starting the bakery.

When they opened the bakery in March 2020, they started supplying certain coffee shops and grocery stores.  They also began selling on the internet to individuals and to wholesalers.

Lee Canter asked about the different products that 3Bros sells.

3Bros sells many products related to the Dutch cookie, including dipped stroopwafels. They also allow shoppers to order in larger quantities with packs of 8 or individually wrapped cookies.

However, it is difficult to create a stroopwafel at home, explained Guido. So they don’t sell stroopwafel mixes. People would need a special waffle press that isn’t easy to get.

A brand ambassador works in the Atlanta area to find more wholesale customers for their product, explained Guido.

The family continues to go to markets to find customers and spread the word about their products. Most recently a regional wholesale company began promoting the product to its clients.

One thing that limits sales to big chain stores, according to Guido, is the insistence on fresh stroopwafels. 3Bros products are expected to last 26 weeks. They don’t have a years-long shelf-life like most processed foods, including the dusty stroopwafels sent here by Dutch factories.

Freshness is so important to the company’s business model, as Guido explains in the interview, that he doesn’t expect that to change. Instead, he sees the market expanding to embrace stroopwafels in their freshest form.

If you want to taste fresh stroopwafels, check out the 3Bros product line. 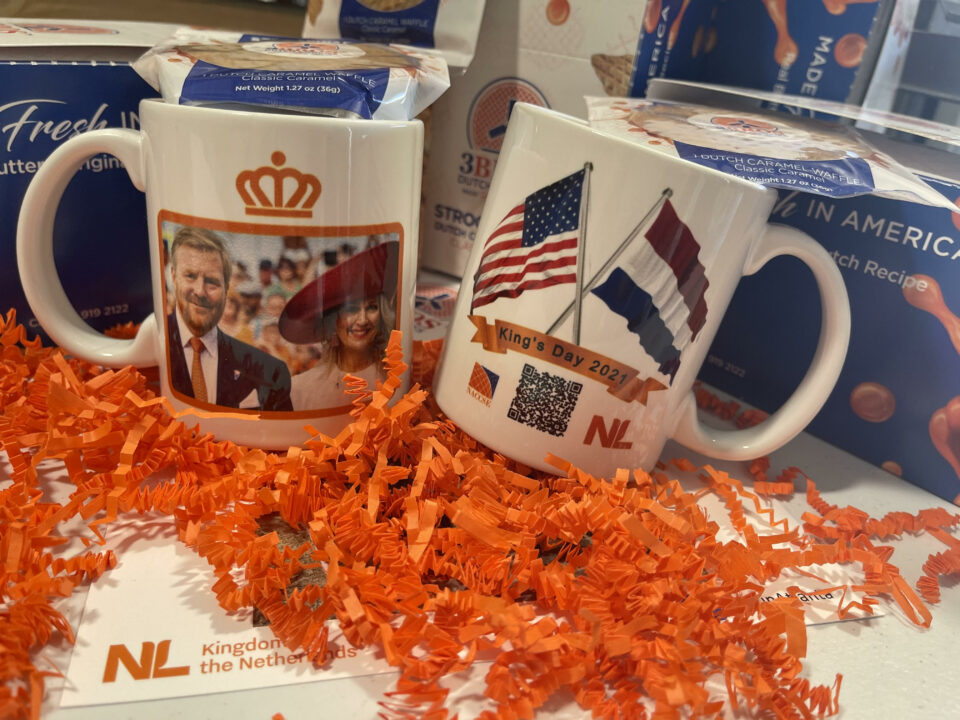